Menu
Home / Films / The Holly And The Ivy

The Holly And The Ivy 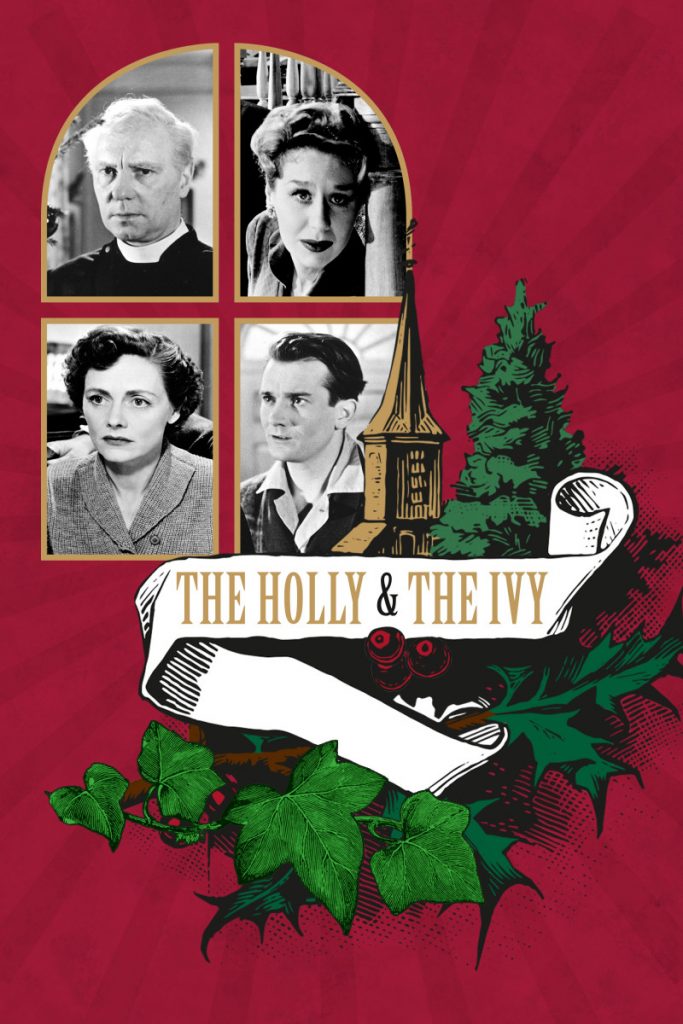 Starring British acting royalty Ralph Richardson, Celia Johnson, Margaret Leighton, Denholm Elliot and John Gregson, The Holly and The Ivy was adapted for the screen by Anatole de Grunwald (The Queen of Spades, The Winslow Boy) from the play by Wynyard Browne and directed by George More O’Ferrall (The Heart of the Matter and the first ever producer of drama at the BBC). Set amid the austere atmosphere of post war Britain, this touching story of a family gathering together at Christmas and facing up to their demons is one of the very best classic British Christmas movies.

On Christmas Eve, the Gregory family descend on a snow-covered rural Norfolk vicarage, the home of their recently widowed patriarch Martin (Ralph Richardson), the local Parson. This year though, family tensions and misunderstandings threaten to ruin the holiday, as his three children (Celia Johnson, Margaret Leighton and Denholm Elliot) battle with personal issues and are unable to confide in a father that they consider unapproachable, judgmental and out of touch. Martin must confront some familial and spiritual truths in order to affect a family reconciliation.

The Holly and The Ivy poignantly and perfectly captures an England on the cusp of dramatic social, economic and cultural change, and deftly examines the generational gap in a family at odds over matters of faith and what the future may hold.

For the 2019 restoration of The Holly & The Ivy, STUDIOCANAL went back to the original camera negative which was scanned and restored in 4K to produce a brand new HD master.

Author of Christmas: A Social History and Christmas at the Movies