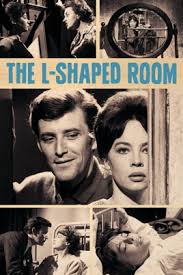 On its release in 1962, The L-Shaped Room attracted international acclaim for its star Leslie Caron (Gigi) who was awarded both a Golden Globe® and a BAFTA® for her portrayal of Jane. A young French woman pregnant with an illegitimate child, Jane arrives at a dingy Notting Hill lodgings to have her child in secret, but finds love and friendship among the assortment of outsiders living in the boarding house – all brought to life by Forbes’ sensitive ear for dialogue. In addition to the especially moving Cicely Courtneidge (Along Came Sally) as a faded music hall star growing old alone and Pat Phoenix’s (Coronation Street) portrayal of a tart with a heart, are Toby (Tom Bell, The Krays), a struggling young writer on the first floor who Jane falls for and Johnny (Brock Peters, To Kill a Mockingbird), a black jazzman rejected for more than his colour. Ever since Hitchcock’s The Lodger, the London boarding house has proved an evocative location through which to explore the underside of British society and The L-Shaped Room’s sensitive study of social morals at the dawning of the Sixties sexual revolution, is no exception.

The Digital Film 4K restoration was funded by SONY PICTURES ENTERTAINMENT in association with STUDIOCANAL and in collaboration with the BFI’s Unlocking Film Heritage programme (awarding funds from the National Lottery).