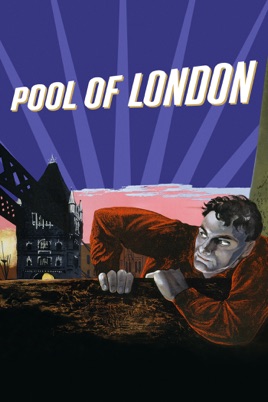 London’s Docklands, the 1950s: two seamen step ashore from The Dunbar and into the Pool of London. Dan MacDonald (Bonar Colleano, Dance Hall; The Man Inside) is a self assured and impetuous ladies’ man with a sideline in petty smuggling, whilst his friend and shadow, Jamaican Johnny Lambert (Earl Cameron CBE, Sapphire; Thunderball) is rather more shy and restrained. Before their ship again vacates the docks, Dan becomes fatefully involved in a diamond heist and ends up framed for murder and Johnny falls in love with a white girl (Susan Shaw, Train of Events; It Always Rains on Sunday).

Directed by Basil Dearden (The Blue Lamp; Dead of Night), Pool of London was the first British-made film to depict an interracial relationship in the post- Windrush years. Renée Asherson (The Cure for Love; The Magic Box) and Moira Lister (Another Shore; The Cruel Sea) also star alongside Colleano, Shaw and Cameron CBE, seen here in his acting debut and undoubtedly one of his finest on screen performances.