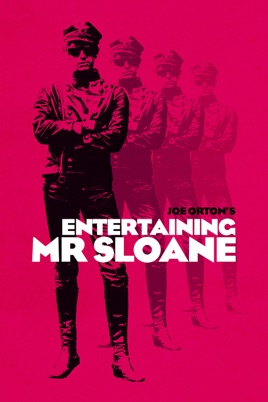 Considered by many to be Joe Orton’s best work, Entertaining Mr Sloane is a story of manipulation and repressed sexuality focusing on an intertwined trio of lovers played by Beryl Reid (The Assassination Bureau, Star) in one of her best performances on screen, Peter McEnery (The Moon Spinners, Victim) as the alluring Mr. Sloane, and Harry Andrews (The Agony & The Ecstasy, Battle of Britain).

Lonely Kath (Beryl Reid) spots Mr. Sloane in a cemetery and invites him to become a lodger. Despite the age difference, Sloane coyly plays along with her flirtations for his own benefit. Their fun seems over when Kath’s brother Ed (Harry Andrews) shows up, but the prim and proper gentleman also takes a shine to Sloane, hiring him as his chauffeur and taking particular interest in the young man’s tight leather uniform. Kath and Ed’s elderly father Kemp (Alan Webb, The Great Train Robbery, The Taming of the Shrew) however, develops a strong hatred of Sloane, and accuses him of being involved in an unsolved murder.

Based On The Play By Joe Orton