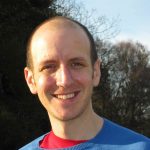 The Screenwriter of The Aeronauts, National Treasure and Wonder picks The Third Man.

When I was a teenager the VHS rental company of choice in Newbury (where we were living) was a shop called Leisuretime Video. I was an obsessive about films and my family said we could rent a film a week to watch on Sunday night. It cost between £1.50 and £3.50 depending on the age of the film. It was a very big deal. I would spend hours choosing, I would actually regularly go in on Saturday afternoon to make a pre-choice so as to not be pressured by my Dad as to time. Every now and again he’d take my choice away from me, and steer me away from Gremlins 2 to a film of his choosing. I would resent this hugely. One such choice was The Third Man. I hate watched it, I won’t lie. Black and white, about a load of historical events I didn’t understand, no Gremlins-bad film. Then the greatest entrance in film history happened and I lost my mind with joy. Holly Martins is in a mess, he’s been looking for his friend Harry Lime who promised him a job. But Harry is dead, and everything is going wrong. He sees someone watching him, he presumes it is a spy, he shouts at the spy, this wakes a woman above who turns on a light and shouts at him, and by turning on the light she illuminates the spy watching and it is Harry Lime. With one look – one genius look – Orson Welles tells us everything we need to know about Harry. The Zither plays. It is a glory. So I know this is a boring choice, and there are so much more interesting gems to dig in within this collection, but this film changed me in a profound way so it has to be this I choose. The joy of this in particular was when I said to Ronald Halpern – the StudioCanal Executive Vice President – he sent me a picture of him and his son sat in that Harry Lime doorway. So it is one generationally to be passed between fathers and sons. I genuinely can’t wait to pass it on to my boy. I hope he is as entranced as I was.