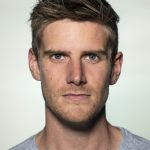 The actor, writer and director known for Hinterland and Supernova picks The Wicker Man.

The Wicker Man, part of StudioCanal’s monumental Vintage Classics catalogue, has always been a huge inspiration to me as a filmmaker and has plagued my sleep for decades. In my view, the film towers above all other British horror films – a singular, idiosyncratic vision that has never been bettered.

The film first burned its way into my consciousness when I was about 13 as one of those late night Channel 4 films you would secretly stay up to watch after telling your parents you were just going to put Match of The Day on and then go straight to bed. And right from that first viewing I became obsessed with it.

I was spellbound by its oddness and captivated by its pagan symbolism. I adored its look and feel and boldness. I had never seen a film so confident in itself and its world (that Paul Giovanni and Magnet soundtrack!). Every character, however heightened, felt real and nuanced. Each scene and location was so drenched in detail and meaning. It was funny, weird and absolutely terrifying. It’s a film you read more into each time you watch it.

But I was shocked to the core as well. What The Wicker Man does so brilliantly is offset the sometimes pantomime, always eccentric, world of Summer isle with the stoic, washboard straight, mainland Sgt. Howie. A Corby Trouser Press of a man in a world of savage nudists. ‘Them’ verses ‘Us’. This collision of two worlds propels the dramatic inevitability of the piece right from the outset and you are unable to fight being swept along with it. The moment his service-issue brogues touch that colourful island we know Edward Woodward’s fate is sealed. He is doomed. There will be no return flight.

Like all of the most penetrative horror films, The Wicker Man eviscerates your nervous system because the horror is man-made. It’s a film about what humans are capable of doing to other humans. The evil is in all of us – in every society – so long as we are willing to believe a certain narrative and have a common grievance (also, Morris Dancing helps). For me, this is crucial to its resonance.

Robin Hardy’s 1973 The Wicker Man is a cinematic outlier, which represents a very unique madness and a quintessentially British eccentricity. I’ve loved it all my life.

I can remember sitting in my parents living room in the Leicester suburbs that night, my eyes glued to that final burning effigy, not having seen anything like it before. I still haven’t.